How the Friendly Skies Became So Unfriendly! 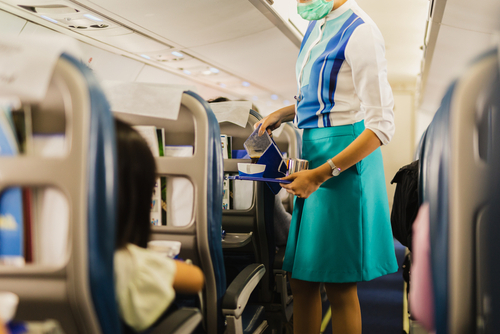 It was all blamed on Covid. The delays, cancellations, crowded planes, frequently lost luggage, and even unruly passengers were all products of the pandemic, the experts said. But ask any passenger who took a flight recently and they will tell you that what was supposed to be an aberration has now become systemic, meaning that the lapses of good service are more frequent. A good example is the case of Naomi who was headed out West the day before Yom Tov with her six children to visit her siblings. A 5:00 PM flight became an 11:00 P.M. departure and she and her children went to bed at 5:00 A.M. the next morning. She fared better than her neighbor who traveled to Florida, experienced a “moderate” 3-hour delay but the airline lost her luggage, ultimately recovered about one hour before Shabbos. Travel has simply become a nightmare when the system fails.

There is a perfect storm of issues right now,” says Kerry Tan, Ph.D., an associate professor of economics at Loyola University Maryland’s Selinger School of Business. “First off, airlines are getting unlucky with inclement weather, which keeps planes and their crews grounded. Given the weather delays, the flight crew are not able to get themselves and the planes to the next stop, which causes a cascading effect on delays. To top it all off, airlines are facing pilot shortages, which makes it harder to replace the displaced pilots and creates an even worse logistical nightmare.”

Of late, people are experiencing almost daily delays or cancellations with the airlines blaming the problems on weather, maintenance issues or staffing problems. Does the passenger have any recourse? The regulations say that a passenger is entitled to a refund if the airline canceled a flight, regardless of the reason, and the passenger chooses not to take an alternate flight. For domestic flights, the airlines cannot keep you on the plane for more than three hours .(It is a four-hour rule for international flights.) That means they need to get you back to the gate in time to get off before three- or four-hours elapsed.

What is most troubling is that these unsettling performances by the airlines nowadays are across the board although an analysis by experts actually ranks the airline’s performance. For example, a recent expert analysis found that JetBlue had the highest rate of extreme delays and incidents where passengers had to wait on the tarmac for at least two hours. It is awfully unsettling when you leave the gate and simply sit in your seat on a taxiway until the plane is cleared for takeoff. JetBlue also had the second fewest on-time arrivals, behind only Allegiant Air, and the second-most customer complaints behind Spirit, according to the ranking. The best rated were Delta, Alaska, Southwest, and United. On bottom, in addition to JetBlue were American, Frontier, and Spirit. Delta claimed the top ranking in five of the seven categories, boasting the most on-time arrivals, the fewest cancellations and extreme delays, and the fewest complaints. But even choosing an airline with a good ranking does not mean that a delay or cancellation could not happen.

Meanwhile, one must wonder at the developments at the bottom of the pile. Spirit and Frontier announced plans to merge in a deal worth $6.6 billion. Combined, they would become the country’s fifth-largest airline. Not so fast, said JetBlue which is also vying to buy Spirit and made an offer to Spirit which rejected JetBlue’s offer last month saying it had a low likelihood of winning approval from U.S. regulators, prompting the New York-based carrier to launch a hostile takeover bid. In the latest development JetBlue is attempting to sweeten its offer to win over Spirit. While mergers used to traditionally create larger and better carriers, passengers must be wondering about these latest developments which would unite two carriers with poor records, at least of late.

The Wall Street Journal recently reported that airlines have been cutting back on flights to airports in smaller cities creating havoc for millions of residents in those smaller cities. While the airlines are certainly not replacing aircraft to keep up with demand, the biggest issue for the industry is a shortage of airline pilots. Many in Washington are labeling the shortage an unparalleled crisis. At least one lawmaker is said to be considering legislation that could raise the federally mandated retirement age for airline pilots from 65 to 67 or higher to extend aviators’ time in the skies. Earlier this year, Delta Air Lines joined other big carriers in dropping a four-year degree from its pilot hiring requirements.

Several U.S. airlines, including Frontier, are recruiting some pilots from Australia. “The pilot shortage for the industry is real, and most airlines are simply not going to be able to realize their capacity plans because there simply aren’t enough pilots, at least not for the next five-plus years,” United Airlines CEO Scott Kirby said. Kirby estimated the regional airlines United works with currently have about 150 airplanes grounded because of the pilot shortage.

It appears that the airlines believe in an upcoming brighter day and are preparing for that eventuality  by trying to expand their domestic footprints while being dogged by persistent labor and aircraft shortages. It is highly likely that airlines like JetBlue and Frontier are hoping to acquire Spirit with the thought of becoming one of the nation’s largest carriers to smaller destinations as well as the major cities. This optimism may seem far-fetched at the moment but there are many experts who do foresee better conditions for the airlines.

In the meantime, planes that do fly are overcrowded. The fuller planes and the on-again-off-again rules about wearing masks during flights, unpopular with some passengers, just add to the tensions on board. Airlines have reported a record number of violent clashes between flight attendants and passengers. There have been about 5,000 formal reports of unruly passengers so far this year, according to the Federal Aviation Administration, with 72% of them related to disputes over wearing masks. While the number of cases are down from earlier this year, before the FAA stepped up enforcement action, it is still far more frequent than pre-pandemic levels.

The flying experience, once so romanticized by American society, has fallen victims to the changing times, most recently by the pandemic. While people no longer fly in suits and gowns as was the case in the early part of the twentieth experience, they still expect to be treated with respect and civility. The hope is that the flight experience of yesteryear will somehow return in the near future.