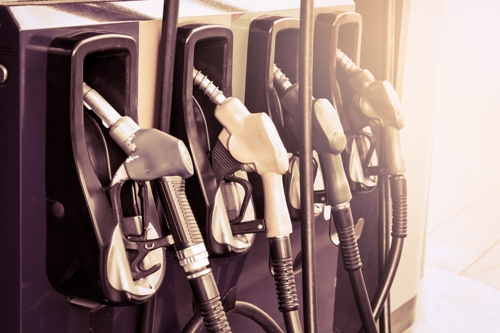 You may wish to adjust your glasses when you see the big boards with gas the daily prices. No matter where you look, you will see the number 4, a gallon of gas at $4.00 plus and even $5.00 is becoming more common. Strange, when you consider that all projections were for gas prices to return to the $3.00 level or to pre-Covid prices. But that was all before Russia decided to invade Ukraine and the US clamped a boycott on Russian oil. Don’t worry, Americans are not ready just yet to give up their automobiles, but President Joe Biden told us in his State of the Union  message that prices will go higher yet, and that this is the price we must pay to help the Uranian people.

But that’s not all, because the spike was not just for us simple people who drive cars, SUV’S and vans. The price for diesel went sky high which means that the trucks that bring us our goods are costing more to get to us and so the merry go round has begun at a time when inflation is already at record high levels.

But first things first. One day in early March, the AAA said that the average U.S. price for a gallon of gasoline has hit $4.173, which is the most expensive ever. That’s up 10 cents per gallon since the day before and up 63 cents since February 24 (the date on which Russia began its invasion of Ukraine). The last time this happened was in 2008. It was just amazing to watch the constantly changing upward prices as I drove to work each morning.

So much for New York. In Los Angeles drivers saw an average of $5 a gallon in early March, the first time that milestone was ever reached. At some stations in Los Angeles, premium fuel was selling for $7.25 a gallon but in most parts of the country $4.00 plus seemed to be the norm, at least for now. There was one notable exception, with Texas having the lowest gas prices in the country, which should bring some holiday cheer to the millions of Lone Star State motorists planning to take a road trip next week.

In his State of the Union speech, President Biden warned the country that the invasion of Ukraine by the Russian military would have an effect on every American. In response to Russia’s actions, Biden announced that the U.S. and 30 other countries were working together to release 60 million barrels of oil from strategic reserves around the world. Thirty million of those barrels will come from America’s own Strategic Petroleum Reserve, Biden said, saying the action “will help blunt gas prices here at home.” Really? Many fuel experts say that the best can be expected for gas prices to hold steady or near steady, but they do not see Biden’s actions as actually lowering gas prices.

The question many people are asking is whether these prices are stuck on the gas pedal, meaning that they may never come down to the projected $3 a gallon. In fact, reading the usual projections for gas prices leaves one with no room for comfort. Predictions were that prices will start to come down, with prices going down to $3.78 by December 2022.  That does not seem realistic at the moment since we do not know where the Russian-Ukraine war is headed or whether inflation will continue to reach new highs. Wars tend to create a rush for the precious fuel meaning we can expect demand to go through the roof. Patrick De Haan, head of petroleum analysis for GasBuddy, said on Twitter that like Los Angeles, San Francisco also hit $5 a gallon and told USA Today that more cities are likely to hit that height in the coming weeks.

$5 a gallon? Unthinkable? The Los Angeles CBS affiliate, CBSLA, noted that inflation has played a role in the recent price increase for gas (along with the COVID-19 pandemic), but De Haan posted on Twitter that there was only one reason gas prices here have hit the $4-a-gallon level. “To make it implicitly clear, this is the cost of bipartisan sanctions on Russia for their war on Ukraine,” he wrote. “[$4/gallon] was unlikely to have happened without Russian action.”

If you’re hoping that this will be a quick turnaround, like last year when a cyber-attack on the Colonial Pipeline caused a supply disruption and a brief price spike, it doesn’t seem that way. In fact, the same De Haan of GasBuddy, told the media that this would be unlike previous increases we’ve seen. He recalled the gas price rise after the 2008 financial crash, and said, “I think this time around, it’s going to be longer. It’s going to be weeks and months.”

Normally, an event like the Russian invasion would have a short-term effect and then return to normal. But this time around most experts are not quite sure what Putin’s attention really is. Does he want to glue back together the former Soviet Union, by invading those countries? Did he really mean the Ukraine and to cement grabs like Crimea? Those are some of the answers that are necessary before we can really evaluate just how long the repercussions from the Ukrainian action will last.

American consumers are already struggling with the highest inflation in four decades — a phenomenon that is eating into buying power and eroding wages. But more economic pain may be in store, with one analyst estimating that the recent surge in gas prices following Russia’s invasion of Ukraine could add up to $2,000 in annual costs to the typical household budget.

Or was that Russia’s plan all along. A war and gas prices and the US economy begins to hurt badly. Or is this just Putin invading and grabbing territory to reposition the world order so that the US, the EU, and NATO do not dominate? We’re paying mightily to try to figure out what’s behind Putin’s murderous adventure.

Perhaps what will distinguish the current situation from previous inflation periods is that all we need to do is to watch the big signs posting daily gas prices. A scary thought for those of us who own vehicles. As for the rest of us, we will just obediently pay the price of yet another uncontrolled inflation.