The Double-Edged Sword of the Fading Credit Card 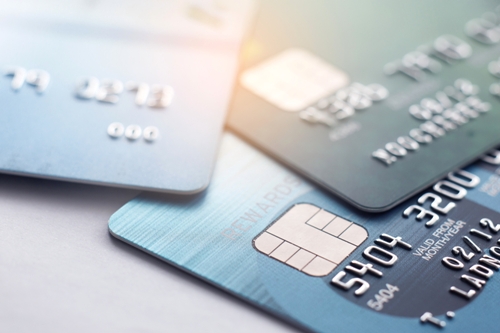 Shia is a third-generation retailer in one of the large Jewish communities in the New York area. His father and grandfather, who preceded him in the business, fought back competition from other retailers. They were concerned with being better than the store down the street. Nowadays, Shia considers the credit card as his biggest nemesis, although he acknowledges that it is a necessity for his business. He addresses the high fees of the credit card companies but mostly the competition from on-line. “People sit home, shop on-line and feel like the credit card is their ticket to a shopping spree.” Shia estimates that he would double his business if some of the local shoppers did their shopping in his store instead of on-line.

Some merchants have fought back against the popular online sites by having their own e-commerce but still they are not nearly as successful as the big on-line brand names like Amazon who they view as public enemy # 1 for being directly responsible for “kidnapping” their customers. Credit cards are for the time being the preferred method of payment, albeit it may be on the way out.  In Silver Spring, Maryland, cash is becoming a rarity as consumers increasingly relied on credit cards, apps, and online purchases during the pandemic.  Bump ’n Grind, an independent coffee shop, which roasts its own coffee beans, spent less on green beans last year ($12,827) than on the card-processing fees ($18,645) by their merchant account that enable cashless payments.

In most cases, merchants manage to squeeze the fees into the price of the goods. Merchants say that when margins are tiny to begin with, they do not have the luxury of absorbing those fees, as much as they would like to as an added way of attracting customers. After all, they must pay about 2%-3% of the price to the bank that issued it. Just how much more are credit cards used by consumers? Americans made 67% more credit-card payments in 2018 than in 2012, and then came the pandemic and the lockdown with credit cards becoming the dominant form of payment. People were confined to their homes and the credit card became their ticket to the outside world. Merchants paid issuers $53.6 billion in Visa and Mastercard credit-card interchange fees in 2019, more than double what they paid in 2012, according to the Nilson Report, a trade publication.

Even today with Covid still being present, the fear of exposure to the virus has pushed many shoppers to go on-line, further diluting the in-store shopping experience. Even in our community with its special shopping needs, shoppers have figured out to differentiate between essential in-store shopping to supplemental shopping, mostly on-line. One customer in Boro Park said that while she buys things like dresses and skirts in a local store, she purchases accessories on-line.

Yet, as use of credit cards has become more popular in the Orthodox community, it has been an albatross for many, throwing some into serious debt and placing an ever-present burden on some families who have a hard enough time making ends meet. This has prompted many to use debit cards because of the knowledge that they are spending money that they actually have. But still the idea of buying now and paying later is what entices so many people to use credit cards.

But owning a credit card, say many experts, often leads to impulse buying or buying products that may not really be needed. “It’s almost like a car without brakes, “said one financial consultant. “It eliminates planning and for many parents, it makes it more difficult to say no to the wants of children. With the knowledge that parents use credit cards as payment for goods and services, prompts children to expect a positive answer to something they desire, said the financial consultant.

The banks and the merchant agencies were extremely comfortable with people using credit cards, especially when they were collecting as much as 20% and more as their fees. They made a lot of money in the process even as merchants were not very happy paying those exorbitant fees. Shoppers who realized they were forced to pay higher prices because of the fees were certainly not happy campers. So, when all seemed so good for the financial institutions, they are rapidly realizing that change is in the air.

The era of the credit card may be coming to an end as the successor generation slowly moves in. The plastic we have to come to love as the standard form of payment appears headed for the dustbin of history as a new world of digital payment takes its place. Instead of cash and wallets full of credit cards, payments will automatically be paid through phones and other devices.

There are many advantages to the new world of digital payments. It is certainly more convenient than cash and credit cards, Money can be exchanged easily without some of the pitfalls of hacking and fraud which so affected credit cards. They eliminate high transactions fees and processing or service fees. The transition seems to be happening faster than people thought. Less people are applying for credit cards in a 2015 study, the FDIC found that a significant portion of American households, 24.5 million, don’t own a credit card.

Perhaps the managers of the new digital age will have to figure out how to keep the perks that people enjoyed while owning credit cards. For one, some people traveled around the world with points they earned from using a credit card. They enjoyed a certain status just by owning a designated card like a Gold Card or a Platinum Card. The points feature created an entire industry with cooperative programs, promotions and awards that had consumers beaming. For now, people are just not yet prepared to ditch their credit card.