Is the Publishing Industry Out of the Woods? 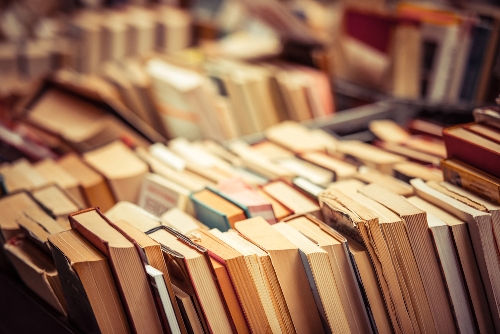 The publishing industry, which faced enormous challenges in the last few years, is facing even more uncertainty in the midst of the Coronavirus pandemic. The nation, which was once dotted with small family owned bookstores, has seen the retail business virtually disappear. Book sales in recent years converted to a mostly digital platform. However, contrary to popular belief, the industry is far from becoming extinct. It has actually seen growth in the last few years, with book sales increasing in value by 1.4% in 2018 (according to Nielsen BookScan). A small gain, but important nonetheless.  In 2019, the industry seemed to lose steam and 2020 with the Covid-19 pandemic losses began to mount.

The famed bookstore chain Barnes & Nobles seemed all but doomed until it was acquired last year by Elliot Advisors. It helped stave off bankruptcy and gave the iconic chain a new lease on life. The new owners brought in James Daunt, a bookseller in his own right (he is the founder of Daunt Books, a small independent London bookseller) to become its CEO. He had ambitious plans to revitalize the chain but the Covid-19 pandemic interfered with much of his vision as most of its stores were forced to close. The new owners promised that store closures weren’t likely. But in June, the company closed an Upper East Side location in New York City, and laid off an unspecified number of employees in its corporate office. By now, it was clear that Amazon, not Barnes & Nobles, was the leading bookseller in the nation. Meanwhile, as the pandemic continues, Barnes & Nobleis trying to stay in the game by offering curbside pickup in most of its locations that were forced to close for in-store shopping. Daunt still believes that the chain will come back in a big way because he feels that Americans will go back to basics, which is reading hard copy books.

Daunt’s optimism is most probably based on the data which shows that print remains the most popular book format among U.S. consumers, with more than 65% of adults having read a print book in the last twelve months. Meanwhile, audiobook sales in 2019 generated over $1 billion  in revenue, and the number of titles produced also grew. During the pandemic, book sales through Amazon soared as so many US families were relegated to their homes and found it most convenient to order books online. Education experts also attributed the robust sales to the lockdown of American families and even to increased home schooling.

The pandemic also had an enormous effect on book (and seforim) sales in the Charedi community. Eli Hollander of Feldheim Publishers admitted that he was concerned about a downturn in sales when the pandemic hit. Although most of his sales were out of a warehouse, many of the stores that sell his titles were closed and his robust gift business (such as Bar Mitzvahs) which consisted of books, were virtually shut down as the entire Simcha industry went dark in the format that we knew. Celebrating its 81st year, Feldheim was the perfect fit for families that were confined to their homes as a result of the pandemic. They published titles for almost every age group. There was suddenly a huge demand for children’s books with a Torah perspective. Sales on the Website surged beyond all expectations.

“People actually discovered the extent of the magnificent authors and titles that are available to them,” said Shlomo Eichler of Eichler’s Judaica Store in Flatbush. In recent months, Eichler’s saw sales soar in children’s book, novels, teen reading and comics, he said. People looking for inspiration gravitated to the many biographies that were constantly being released. For many homes without the internet, books were the only option, according to Mr. Hollander. Kosher cookbooks also did very well as many families resorted to cooking as a family activity while being forced to stay home. Most other Jewish book stores said that while suffering during the pandemic, they were able to do business through sidewalk pickups, telephone and Web orders, as well a great deal of shipping.

In the general book market, the Covid-19 crisis forced bookstores and libraries to close across the country, which ignited a revival in electronic books.Some publishers could not make up the lost sales through e-books, which had been in decline for the past six years. The pandemic suddenly changed the dynamics as e-books became one of the easiest ways to get new books during the pandemic. Libraries and publishers report a surge of new interest.

But the global picture for books and publishing is a mixed bag. On the one hand, there are reports of book sales surging during the lockdown, as many individuals are stuck at home and looking for things to do or ways to expand their knowledge and skillsets.At the same time, there are also reports that a “majority of small publishers” in places like the UK fear closure. Add that to the  rise of ebooks, audiobooks, and online retailers, and it’s easy to see why the industry should be concerned. With the widespread closures of libraries, bookshops, and schools, so far annual sales are down approximately 10% from 2019.

Of course, online retailers of all kinds of products are generally faring much better than their brick-and-mortar counterparts during this time.According to the Los Angeles Times, the American Booksellers Association’s bookselling sites saw a 250% increase in traffic since the shutdown, while Bookshop.org saw a 400% increase in sales.Bookshop.org is a website that supports local, independent bookstores. Then there’s Amazon, which already claims about 50% of all print book sales from major publishers, and whom most online book shoppers are still turning to. Deeming books “nonessential items,” it increased shipping times when initial lockdowns started. ebook sales across all platforms, with all retailers are up by an average of 25%.

In the end, the pandemic may have had a positive effect on book reading. “People used the time that they were locked in their homes to read books they only knew by the cover, “said Mr. Eichler. “They never knew how many good titles were out there,” he added. It was for many an eyeopener. To the extent that the industry managed to attract new readers, the publishers can only hope that it will extend beyond the pandemic. For publishers like Feldheim that hope extends to the many children’s books that the long-time publisher releases on a regular basis.