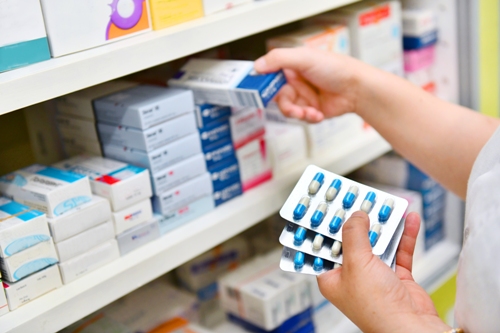 For all those that may have forgotten, Amazon, started by Jeff Bezos in 1994 was launched as an on-line bookstore, almost instantly putting a dagger into the lucrative bookstore business, including the iconic Barnes & Nobles. But that was only its modest beginning. It systematically began offering hundreds, if not thousands, of consumer goods in almost every category. By 2015, Amazon surpassed Walmart as the most valuable retailer in the United States by market capitalization. Quite a fete for any company to achieve in less than 20 years.  In 2017, Amazon acquired Whole Foods Market for $13.4 billion, which substantially increased its footprint as a physical retailer. In 2018, Bezos announced that its two-day delivery service, Amazon Prime, had surpassed 100 million subscribers worldwide.

With this type of aggressive growth, it should be no surprise that Amazon recently launched “Amazon Pharmacy,” which immediately sent the stock of the major drug retailers tanking. The big chains have in recent years invested a great deal into the customer experience that the Amazon move must have shaken them to the core. The Amazon pharmacy will allow its U.S. customers to order prescription drugs to their homes with its Prime customers receiving free delivery of their medications. Prime members, said Amazon, will “receive free two-day delivery and up to 80% savings when paying without insurance.”

One can only imagine what is being discussed in the board rooms of the big drugstore chains like CVS Health, Walgreens Boots Alliance and Walmart. They will have to figure out a way to compete with an aggressive Amazon and will no doubt continue to build on the customer experience with free delivery, automatic refills, and offering more specials on over the counter drugs and indeed non-drug items. Competition for them will no longer mean amongst themselves. As one chain put it, “the enemy is now Amazon.”

The Amazon move should not have been such a surprise given that the company in 2018 announced plans to launch a new venture with Warren Buffett’s Berkshire Hathaway and JPMorgan Chase to improve healthcare for the more than 1 million employees of all three giant corporations. Also, in 2018, Amazon bought the fast-growing online pharmacy PillPack and gained a valuable regulatory entry point into the growing U.S. prescription business. One might say that the acquisition was a move to get its feet wet in the industry before initiating the major launch. But the signs for its new major expansion were clear as day.

For most companies, it becomes a huge challenge to get customers to change their buying habits. On-line food sites, for example, found it extremely difficult to lure customers from the physical experience of shopping. The classic supermarket retort to on-line is: “You can’t hold and squeeze the cantaloupe.” In recent years, many drug companies have successfully launched home delivery and automatic refills. A good percentage of American consumers still prefer walking into the drugstore, conferring with a pharmacist, and shopping the rest of the store for non-prescription items. It will take a great deal of effort to convert these customers to on-line consumers.

The move into pharmaceuticals by Amazon only proves the genius of Bezos who in January 2019 was said to be the most valuable company in the United States. ﻿ Amazon obviously sees a windfall in the pharmaceutical business, just as the company saw promise in acquiring Whole Foods about three years ago with an eye towards making significant inroads in the grocery business. Bezos must have reasoned that supermarkets are no longer king. Walmart, for example, is considered to be the country’s largest grocer and it was far from a traditional supermarket. So, with an eye to cutting into that business and also having a footprint in retail, Bezos acquired Whole Foods. In fact, he is using Whole Foods stores as an Amazon drop-off location.

At the same time that the company was growing organically, particularly through its Prime program, it was also on the hunt to swallow up smaller companies with a potential for growth. When it acquired Audible, the largest producer and retailer of audiobooks in the United States, it was said to have been a natural expansion for Amazon’s dominance as an on-like book retailer. Then it acquired CreateSpace, a self-publishing platform that allows independent musicians, and authors to publish and distribute their work. Goodreads with more than 90 million registered users followed. Acquiring Woot was a great idea since it gave customers discounted prices on a particular product each day. Well, how about an on-line shoe store? Enter Zappos which was on track to reach 1 billion dollars in annual sales.

The likelihood is that Amazon will continue down the road of acquiring smaller companies. It will no doubt seek companies that have synergies with its existing businesses. For example, is Amazon just biding its time to acquire many of the chains? There is a likelihood if some of the brick and mortar businesses fail, that they will be picked up by Amazon.

So why isn’t Amazon a monopoly? Two years ago, President Trumpopined that it was indeed a monopoly, but the company seemed to wiggle out of such a possible federal charge by pointing to the small share it enjoyed in every category. In other words, if you said books, they would show that they were not the monopoly but owned only a small market share. And so it went with every other category. With a market capitalization of more than $1 trillion, Amazon could expect the intense scrutiny that comes with the territory. Some indeed argue that Amazon is a violator of various state and federal anti-trust laws. This may only be the beginning and it will largely depend on government scrutiny and enforcement.

Amazon has likely become a monopolist in certain markets. These markets would be those in which it makes 65% or more of sales of a given category of the relevant product market, which in turn consists of a particular kind of product and all reasonably interchangeable substitutes. But this type of monopoly would be limited to specified geographic regions, which might be difficult to identify in the era of online sales. At a minimum, Amazon’s heavy-handed approach to its suppliers, most notoriously to booksellers, raises significant antitrust questions that many say deserves a full hearing. Has Amazon become an antitrust offender? It is now a serious question. But what is not in question is the company’s meteoric rise in an age of growing competition.