The Toy Industry: Toying with Success Despite Calamities 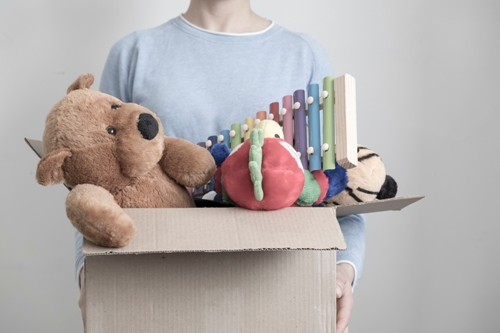 You probably couldn’t open a newspaper over the weekend without having a colorful toy catalogue fall out or find full page ads in the newspapers themselves. Remember Toys R’ Us? They are, of course, no longer around having succumbed to bankruptcy. But, today in most Orthodox communities, there are huge toy stores that very much resemble the Toys R‘Us of old, albeit much smaller. While not quite as big as the old Toys R’ Us super stores, they are large enough to have your children drooling at the colorful boxes of toys, dolls, and then some. With Chanukah upon us, it might be a good time to examine the toy industry as a whole.

Some of the stores in frum communities will tell you that 2020, despite the pandemic, unrest and economic downturn was still a banner year for toys. But who was buying? It certainly couldn’t be the people who lost their jobs. Wrong! It seems that in previous recessions toys was one of the categories that the hapless unemployed bought despite their economic hardships. With many children not going to school and more parents tending to children at home while either being laid off or working remotely, toys became a necessity. My own children faced the challenge of keeping their children busy while being cooped up at home.

But the industry during the pandemic was not without its problems to even maintain an adequate supply. Early on, there were major disruptions in deliveries which left many shelves bare. Goods scheduled to arrive from China never made it to the American ports. Orders were backlogged and even many on-line toy stores had to post occasional “out of stock” notices. Some toy stores lost some of their employees to the pandemic, either temporarily or permanently. Deemed non-essential, many stores were forced to close due to government regulations. While a good deal of the toy business for a time reverted to on-line, it was no replacement for an in-store experience. People used to go to Toys R’ Us flagship store in Manhattan just to enjoy the experience and perhaps watch miniature trains race through stations and smartly dressed toy soldiers march with their bayonets.

Ask any child if they would rather select their Chanukah present by visiting a store, and you are likely to get a broad smile. But despite keeping their head above water, the industry simply was not the same. The toy industry thrives on the large shows where the trade gathers and views some of the newest toys, but not this year. The big Toy Fair New York  was canceled as they were in many other large cities like the Dallas Toy Fair. The international presence at these shows is crucial and with restricted travel, that was not to be in the midst of the pandemic. The shows were a vital part of the industry’s annual gatherings and a great place to see and experience new toys.

Covid also meant fewer birthday parties, and bar and bat mitzvahs, which had a huge impact on the sale of toys. Even this year’s subdued Pesach (far less Afikomen presents) put a cringe on Toy sales, which is why the toy stores in our communities seem to be going all out this Chanukah. One of the stores I spoke to was clearly upset that so much of the toy business went on-line during the Covid-19 pandemic. It is not only the lost business that troubled him, but the that on-line toy shopping would become the “new normal.” He simply put it this way: “I need my customers in the store where I know they will spend more!”

We just experienced “Black Friday” which the industry hopes will give it a huge push towards profitability in the skewed year of 2020. I noticed that some consumers said they would do their holiday shopping early because they feared there would be shortages because of delivery problems and even restrictions on imports from China. There is some truth to that but somehow the stores appear fully stocked.

Will the industry again experience a $300 million growth the week before the secular holidays or will consumers not wait till the last minute? It is a good question that retailers must ponder to size up their potential profits this 2020 year. According to the research report, the Global Toy Market is projected to display slow but sustained growth during the years 2020 – 2025. The Global Toy Market was valued at $22 Billion in the year 2019 with North America leading the regional market share.

Unlike many other industries, in the toy industry, companies have strategically positioned themselves in specific categories. For example, Mattel is focused on toys in the pre-school segment and dolls, whereas Hasbro is mostly dedicated in the actions figure, games and puzzle segments. Mattel just reported one of its best quarters in a decade, and Hasbro said their quarterly revenue and profits exceeded analyst projections. The discipline of sticking to categories is probably a dream many other industries would greatly cherish.

The retailers I spoke to say that shopping for toys is all about the experience. They encourage customers to bring in their children because ultimately the sound of “I need” will be heard. I watched such a scene unfold in Boro Park and, of course, after the mother’s attempt at reasoning, the child won out and toward the register they headed. That is why many toy stores were so upset when forced to close. They need the parent and child in the store!

In the early days of the pandemic, the toy industry took a severe beating. Some toy factories in China, where around 85% of the world’s toys are made, were closed and others were operating at a fraction of capacity, either because of worker shortages or difficulties securing raw materials and molds to make their products, industry executives and analysts said. But the good news is that many other countries have stepped up to the plate and in the future many of the toys that were previously manufactured in China will now be produced elsewhere. For example, Denmark’s Lego has become the world’s second-biggest toy maker after reporting a 13% increase in sales.

So, is this turbulent year a good year to talk about an industry on the rise? One toy expert put it this way: “I think that there’s a good case to be made for this year for sure, because people are looking for ways to keep the kids sane and bring them joy.” A great message, certainly for Chanukah.