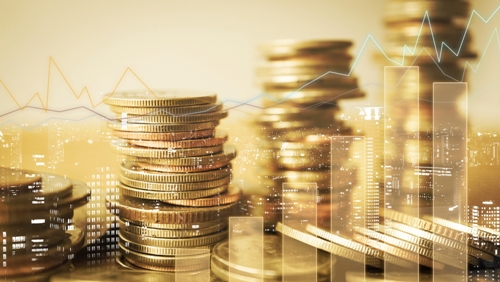 Business executives are just beginning to decipher what a Biden presidency will mean for business. With the ongoing Covid pandemic and a second Trump impeachment dominating headlines, they are trying to push the smoke aside and see the Biden economics more clearly and perhaps realistically. With 10 million Americans unemployed, the Biden administration has made employment a priority. Some of President Biden’s policies sound good on paper, especially since we may have heard of these proposals before.

What the business community is concerned about is that while the policies may sound good in principle, who will be paying the price? For example, one campaign theme was to provide health insurance coverage for 97% of Americans within 10 years. While a noble cause, who will be picking up the tab? Or the plan to forgive student loan debt and make college free for those making up to $125,000. Again, who pays? Perhaps the answer comes in the form of the Biden tax policy which includes raising an additional $4 trillion in tax revenue by increasing the top tax rate to 39.6%, taxing capital gains at ordinary rates, and raising the corporate tax rate to 28%. This tax and spend philosophy is sending chills down the spines of business executives. A good example is the President’s pledge to spend $2 trillion on clean energy during his first term as president. Could it be that higher taxes will be upon us before we know it?

As was the case 12 years ago, Joe Biden enters the White House on an economic rescue mission after an historic US and global recession due to the Covid-19 pandemic. Many people are either still in the throes of the recession or are just beginning to recover. What they need most is to relieve some of the burden on them. Biden’s proposal to raise the minimum wage to $15 an hour and repeal “right to work” laws is already sending a bad signal. Many of our businesses rely on workers who are paid minimum wage and are certainly not in a position to pay workers more at this time.

Another example of a popular theme that sounds different under Biden is to buy American. To former President Trump, “Buy American” means getting more companies to manufacture in the US, period. No more underpinning other economies while Americans suffer. To President Biden, “Buy American” policies will emerge through President government purchasing, while using subsidies, federal matching, and incentives to make American products more competitive. In other words, solve the problem of buying American through government intervention. The more liberal wing of the Democratic party may not feel that it is intervention enough, but the direction is disturbing to many business leaders.

Probably the most critical action in the coming weeks will be Biden’s economic policy agenda and the degree to which stronger stimulus and spending programs are implemented to prop up the U.S. economy to prevent a catastrophic collapse before the pandemic begins to wane. Some business leaders say that the Trump loss was largely due to a belief by many voters that he may not have done enough to stem the tide of the pandemic. The US economy shrank by an estimated 4% last year – but that was less than some other major economies; yet some judged it as less than a stellar effort by the Trump administration.

President Biden says that he will seek bi-partisan support for his economic policy, but in all likelihood, the Republicans will balk at the price tag. The economic direction of a new administration is often measured by an incoming president’s choice of a Treasury Secretary, in this case Janet Yellen who has said that borrowing rates are likely to stay low for a long time, and as the former head of America’s central bank, Ms Yellen has some authority on the issue. But by the same token, she is in favor of more spending to “ensure America’s economic future.”

Here’s what she said at her confirmation hearing: “Neither the President-elect, nor I, propose this relief package without an appreciation for the country’s debt burden. But right now, with interest rates at historic lows, the smartest thing we can do is act big (and to borrow money which would cause even more debt).” But Yellin believes economic markets are flawed requiring governmental regulation. What is clear is that is that Biden economics call for more government rather than less. They believe in more regulation which is why we may very well see a flood of presidential executive orders, in many cases reversing Trumpian executive orders freeing many industries from regulation.

The appointment of Yellin, the first woman to lead the U.S. Treasury Department, is in many ways a throwback to the Obama-Biden administration. ﻿﻿﻿﻿ Former President Barack Obama called Yellen, “one of the nation’s foremost economists and policymakers” who is “renowned for her good judgment.” ﻿﻿﻿﻿ in 2013, President Bill Clinton appointed her as the chair the White House Council of Economic Advisors. Obama nominated Yellen in 2013, to become the first woman chair of the Federal Reserve Board.

Before serving as chair, she was the Fed’s vice-chair. She was appointed to this role for a four-year term on Oct. 4, 2010, by former President Obama. Yellen used her position to convince the Fed to use a 2% annual target for inflationary growth. The Democrats urged Obama to appoint Yellen as chair over former Secretary of the Treasury Larry Summers due to her “impeccable resume, focus on unemployment and solid record as a bank regulator.” Her credentials are impeccable; yet some of her views disconcerting.

With the Biden Administration in its infancy, many in big business are concerned that some on the President’ team are mere holdover from the Obama days﻿﻿﻿, favoring increased government intervention and higher taxes. Small business advocates are a bit hesitant to advance any projections, arguing that the recovery from the pandemic is their first priority. They are carefully watching Congress as to the level of the stimulus package. They feel that they survived the early days of the pandemic, only because of the stimulus money.

The fear of higher taxes is certainly paramount for the middle class which has suffered so much during the pandemic. The last thing they want is to return to the days before the tax cuts and stimulus relief. Despite this mixed bag of projections, there are experts that say that if Biden’s policies work, we may be looking at 5%-6% growth in 2021.

Despite President Biden’s obvious support from Congress, the margin is thinner than what he would have hoped. A switch of one or two democratic Senators on economic policy could change things. His margin in Congress has shrunk as well, meaning that even as Democrats control both Houses, nothing is guaranteed, which is why Bidenomics will need a lot of help!