Manhattan: On a Steep Decline or on the Cusp of Recovery? 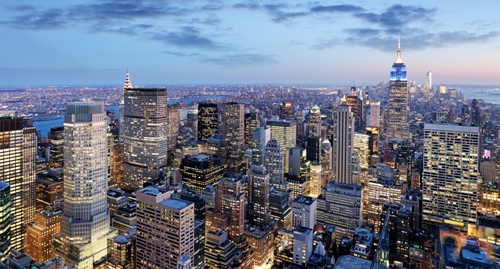 Not since Peter Minuit, the director-general of New Netherland, purchased Manhattan in 1626 from the Lenape, or the Delaware Indians, for $24-worth of trade goods, has there been so much discussion about the value of the island. There were obviously many changes since the Minuit purchase but also an abundance of changes in the recent past. The last 12 months have seen a major migration of people from Manhattan. It didn’t help that Manhattan suffered much from the effects of the Covid-19 pandemic. With it being a center for dining, entertainment, and corporate offices, the Manhattan that we all came to know and love was a shadow of itself in recent months. Even at this writing, only about 15% of office workers have returned to their jobs since the pandemic first hit us back in March.

The once coveted Manhattan apartment now stood empty with few takers or up for grabs by bargain hunters. Apartment sales in the second quarter fell by 54%, the largest percentage decline in 30 years, according to a report from Miller Samuel and Douglas Elliman. The median sales price fell 18% to $1 million, which is the biggest decline in a decade. It is true that all this happened in one of the five boroughs of a city that in recent years has experienced increased homelessness, soaring crime, and a general decline in the quality of life. The summer riots did not help. In fact, they showed the utter helplessness of law enforcement and the city administration. This was certainly a terrible visual for the world.

The New York Post recently reported that shootings in the city are running at nearly twice the rate of last year. The paper wrote that vagrants and addicts began commandeering public streets long before the pandemic, with Mayor Bill de Blasio doing little to address the problem. On Manhattan’s Upper West Side after the outbreak, the city moved hundreds of vagrants into hotels. De Blasio’s response is simply to rail that the crime and chaos are “unacceptable.” But his own policies — and new state and city laws — have fueled the problem.

Back in 1975, the city seemed ungovernable. The signs of steep decline were every bit as frightening as it is today, perhaps even worse. Mayors Rudy Giuliani and Michael Bloomberg reversed the trend and suddenly Manhattan was booming and many people chose to live there. But now, middle class and high-income families have been exiting the city in record numbers. Over the last year, the overall wealth of New York City residents fell by more than 11 percent, representing over $330 billion in lost economic power. United Van Lines reported that 61 percent of residents leaving Manhattan earn over $100,000. State tax collections from New York City dropped dramatically since the pandemic started, down 32 percent in May and 46 percent in June.

Although Manhattan at times looks deserted and eerily a shadow of itself, there are still some who predict a revival with the only question being when. Some say it will not happen until 2030 with others predicting a swift recovery once the pandemic is behind us. The problem is that at almost every turn the news is bleak. The pandemic even threw a monkey wrench into the lucrative restaurant business. Tourism is virtually non-existent as more than 125 hotels have closed in Manhattan and to this day, many stores remain bordered up and shuttered.

How can one even begin to think of Manhattan without its retail component? Over 1,000 chain stores, or a little less than one in seven stores, in New York City permanently or temporarily closed last year, according to the Center for an Urban Future’s annual report. Manhattan had the most losses, accounting for 520 of 1,057 store location closures. Even Dunkin’, the city’s largest retailer, closed 18 locations in 2020, the first time the coffee chain experienced a decline since CUF began tracking chains 13 years ago.

It is reasonable to say that Manhattan is the flagship borough and the showcase for the entire world. The city will never be able to erase the image of the violent mobs breaking into stores and looting without restraint. These scenes have given a huge jolt to Manhattan’s tourism industry and now for the first time in years, even some large Manhattan hotels are considering closing their doors. As landlords of restaurants have learned that when that industry was affected, the shrapnel hit the real estate industry. Now imagine landlords of hotels with broken long-term leases.

If the overall dire picture of Manhattan is so bleak, how can anyone have an optimistic view. One easy answer is that we’ve been there before. The pending elections for governor and mayor may be one reason the optimists feel that change will eventually come. They feel that New Yorkers have seen enough and that there are too many who have invested interests to allow the current situation to continue.

The optimists also feel that much of the blame has to be placed on the pandemic and with the rollout of the vaccine, the city will rebound psychologically which is a major prerequire for pushing the reset button on a borough like Manhattan or indeed a city like New York. The risks are enormous. Businesses will have to decide whether the long-term prognosis outweighs the short-term negative outlook. Real estate investors, who perhaps have the most to lose will have to flip a coin whether to believe the optimists or the pessimists, and there appear to be many in either camp.

Is this a case where things will have to become worse before they get better? The experts say that things cannot get much worse or that there is a threshold upon which things are fixable or whether we reach a point of no return. The Liberals are obviously looking to their new gains in Washington to bail them out. They see the Biden-Harris Administration as the savior of all major urban centers even as the new administration in some ways appears to be moving away from helping them. Allowing for unrestricted immigration, for example, will only make matters worse, as we have seen in city after city where undocumented immigrants were responsible for growing crime and lawlessness.  The stakes for Manhattan are extremely high and Jews have a major reason to be concerned. After all, the Jewish community makes up a great deal of the retail community and certainly in the professional service and real estate arenas. We will be watching with bated breath as to what happens in Manhattan.